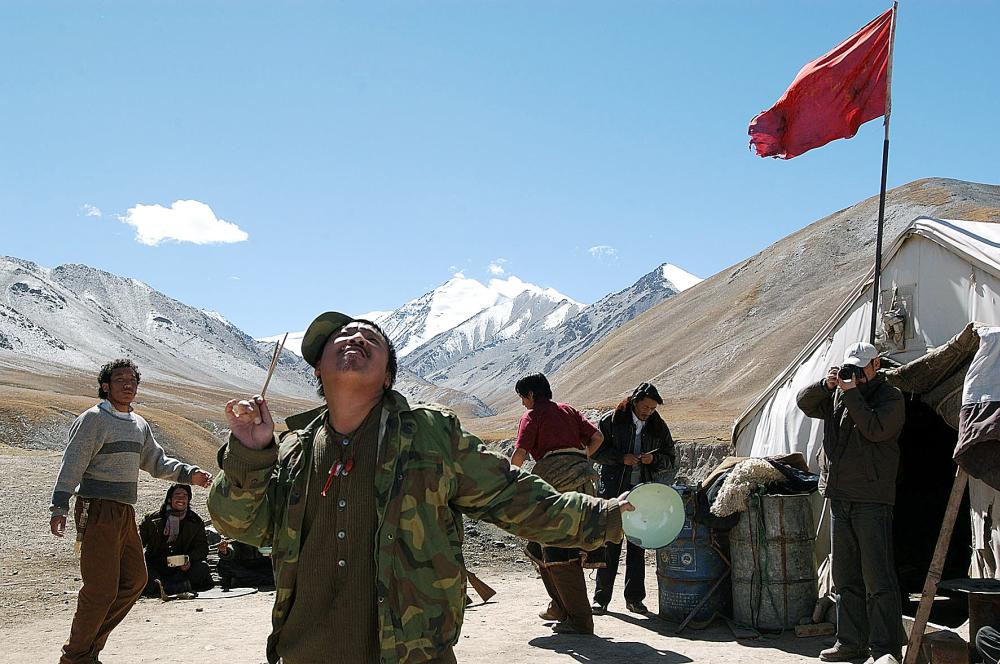 Lu Chuan’s second feature is based on the true story of the Kekexili Mountain Patrol that was active from 1993-1996. This ragtag group of armed civilians was formed to prevent the extinction of the endangered Tibetan antelope by capturing poachers who were slaughtering the species in order to sell pelts of luxurious wool to the world market.  Kekexili: Mountain Patrol chronicles one of their later missions of as the unit was disbanded in 1997 when the Chinese government declared this high-altitude region of Chinese-controlled Tibet to be a national nature preserve and established the Forest Public Security Bureau to protect it. The titular patrol is led by ex-soldier Ri Tai (Duo Bujie), who is trying to enforce justice across 40,000 miles of ruggedly beautiful but very treacherous wilderness without proper resources. Their vehicles are prone to breaking down, often leaving the team stranded and one step behind the poachers. Ri Tai’s men have previously been employed as herders, soldiers, and taxi drivers, but now participate in regular expeditions out of a deep love for their land. Due to a lack of proper funding, the patrol has not been paid for nearly a year, but remains loyal to its cause despite the risk of slipping into poverty. They find further motivation when one of their members is murdered by a poacher, and set out for revenge after giving the deceased patrolman a ‘sky burial’ (the ritual dissection of the corpse, followed by placement on a mountaintop, and exposure to the elements).

The story is told from the point of view of Ga Yu (Zhang Lei), a young reporter who has been dispatched from Beijing to investigate the situation. He meets the patrol at the burial, where his struggle to cut the local meat at the evening dinner marks him out as a visitor, but his ability to speak the language due to his father being Tibetan means that he is soon accepted and allowed to join the next expedition. Ga’s family background suggests that he will find some kinship with Ri Tai, but the journalist remains professionally detached, aware of his position as an outsider within the ranks of the ramshackle patrol, and increasingly concerned with regards to the shortcomings of the operation. Ga witnesses how the spirited camaraderie of the team is gradually worn down by the harsh landscape as the rough terrain often proves difficult to cross. Members are injured or fall sick, and dry quicksand is as much of a threat as the bullets of the poachers. Aside from being challenged by their surroundings, the extent of the patrol’s legal powers is also a problem as they are allowed to confiscate evidence but not permitted to arrest anybody, due to being a questionable hybrid of an officially-approved unit and a vigilante group. Ri Tai eventually tracks down the head poacher, but by this point is only assisted by the inexperienced Ga, which leaves the patrol leader with little chance of survival when he refuses to accept a pay-off. 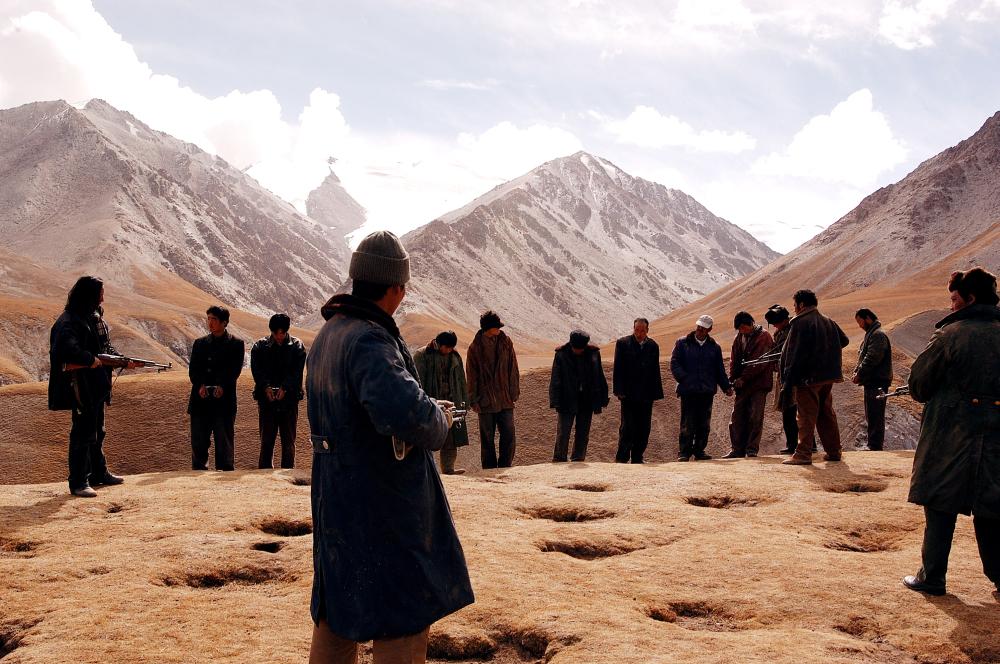 Lu incorporates some documentary elements with much of the action being episodically structured to reflect the routine of the patrol’s activities, as they travel extensively in-between bursts of violent conflict. Yet the director also utilises the widescreen canvas to make Kekexili: Mountain Patrol more of a sweeping epic than a case study, with elements of the Western (frontier life, male bonding, determined tracking, and buzzards picking on carcasses) transposed to a politically relevant battleground. Lu made his debut with The Missing Gun (2002), a darkly comic noir about a small town policeman who loses his firearm after a night of heavy drinking, with his more recent credits being the war drama City of Life and Death (2009) and the historical piece The Last Supper (2012). Although evidently comfortable working within genre, Lu certainly does not favour simplistic characterisation, often subverting expectations to explore moral ambiguity. Kekexili: Mountain Patrol refuses to shy away from the compromises made by Ri Tai’s team, who turn over most of the confiscated pelts to the authorities, but siphon off a small amount to sell on the black market in order to fund their missions. The issue of physical force is also addressed, with interrogations of the poachers – who actually look as impoverished as their pursuers – being particularly brutal. In contrast, city-dweller Ga is able to extract information from the detainees by simply asking questions in a calm manner and sharing cigarettes. Impressively taut at 90 minutes and rarely sentimental, Kekexili: Mountain Patrol has a palpable ecological conscience but arguably works best as a gripping ethnographic adventure story.