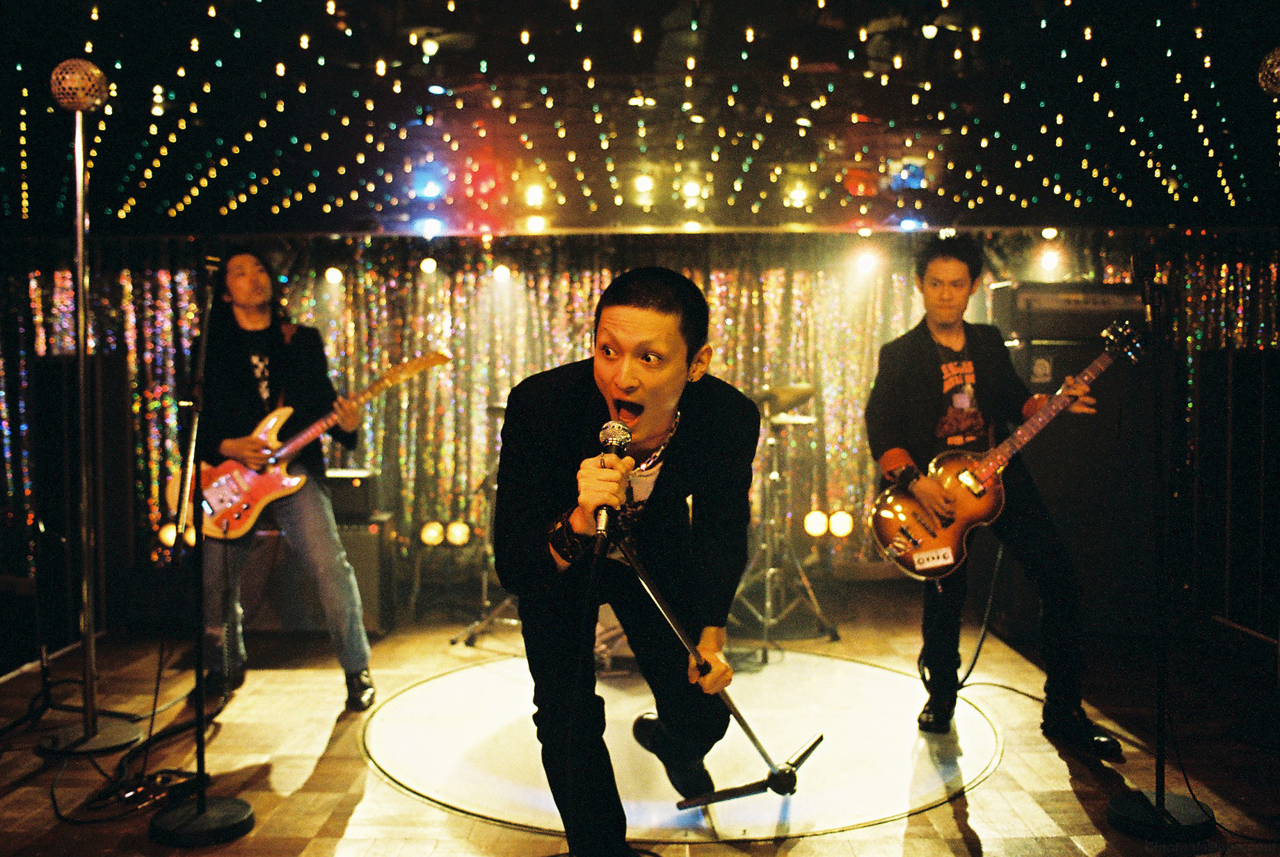 Fish Story is an offbeat comedy by Yoshihiro Nakamura’s which somehow blends urban legend, martial arts mayhem and post-Millennium tension. As with the Hollywood blockbuster 2012 (2009), Nakamura’s film refers to the Mayan calendar for the date of the end of the world, but the Japanese reaction to the impending apocalypse is not as overwrought as that of the American mainstream. As a meteor heads towards Earth, a bitter old man and a more optimistic youngster find themselves in an otherwise empty record store: the proprietor (Nao Omori) plays a record entitled ‘Fish Story’ by the obscure 1970s punk band Gekirin, making this selection of the basis that their music has the power ‘to save the day.’ The plot then moves back to 1982 to focus on Masashi (Gaku Hamada), a shy young man who hears ‘Fish Story’ whilst working as a hired driver. Masahi’s passengers meet some women in a bar and head for a love hotel, leaving the driver to have a life-changing experience on his ride home. Events then move forward to 2009 as schoolgirl Asami (Tabe Mikako) falls asleep on a boat trip, failing to disembark at Tokyo, much to her distress. A friendly waiter (Mirai Moriyama) calms her down, informing her that he has been trained to be a ‘champion of justice’, a claim that is tested when a gang of heavily-armed hijackers takes over the ship. Nakamura then goes back to 1975 and the recording of ‘Fish Story’ to find Gerkin being driven apart by commercial demands. How these vignettes will be tied together is only apparent in the film’s closing moments.

With its combination of fractured narrative and pop culture nostalgia, Fish Story occupies two sub-genres; the puzzle film and the musical underdog. The puzzle film is best represented by such time-bending American independent offerings as Memento (2000) and Primer (2004), although Nakamura’s laid-back approach is more akin to the multi-stranded narratives of Mystery Train (1989) and Pulp Fiction (1994). The chapter format allows Nakamura to affectionately toy with stock scenarios: 1982 is an ‘urban legend’ that gains comic mileage from its horror film set-up, 2009 references the high-concept heroics of Die Hard (1988) and Under Siege (1992) while 1975 offers the struggling band scenario. With regards to the musical underdog sub-genre, the immediate reference points are more localised. For instance, Nobuhiro Yamashita’s Linda Linda Linda (2005) follows four schoolgirls who must learn to play a song for a school festival, while Kankuro Kudo’s The Shonen Merikensack (2008) concerns a record company employee who ‘discovers’ a new punk band on the internet, only to discover that their music is actually 25-years-old. Fish Story is also a musical cousin of Tomorowo Taguchi’s hilarious The Shikisoku Generation (2009), in which a high school student follows in the footsteps of his idol Bob Dylan by infusing his introspective folk songs with rock-and-roll vitality. Both films exhibit a fascination with music lore: the former celebrates the myths that build up around cult recordings, speculating on what the ‘missing link’ between The Velvet Underground and The Sex Pistols would sound like, while the latter references Dylan’s sudden switch from acoustic to electric. 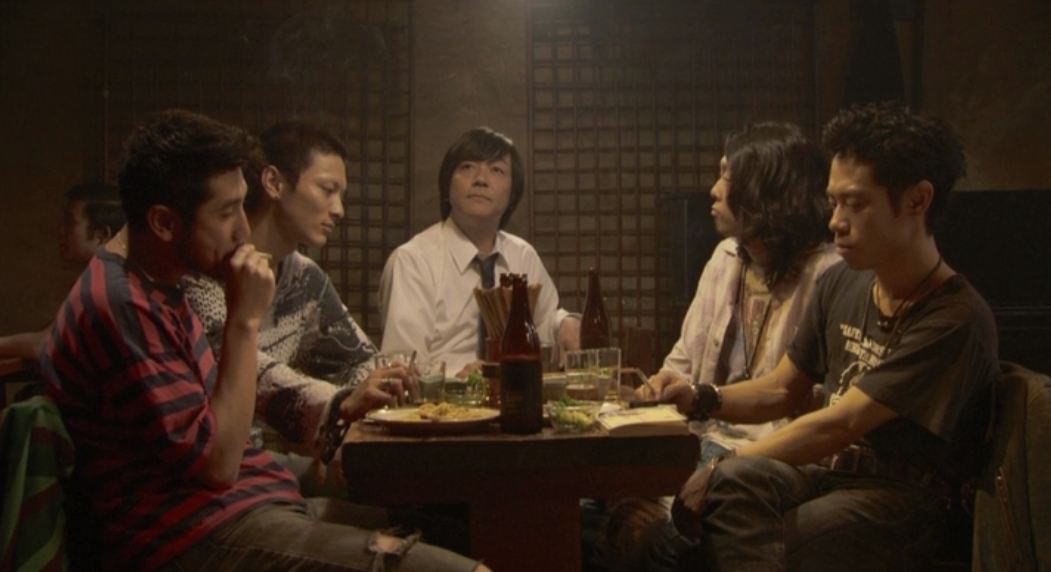 There is something agreeably retro about Fish Story, with its emphasis on old LPs, cassettes with hand-written track listings, and a ‘champion of justice’ whose childhood training regime has been derived from The Karate Kid (1984). Yet it balances an innocent affection for such fandom staples, not to mention the wish fulfillment fantasy that every social misfit can rise to the challenge when pushed to do so, with an often melancholic reflection on how progressive artistic statements are rarely accepted at their moment of cultural inception. The 1975 section effortlessly evokes the grimy underbelly of the alternative scene, with Gekirin performing to unappreciative audiences, living in squalid apartments, and recording in a cramped studio which takes on a tense but ultimately euphoric atmosphere as the band records together for one last time. In a scene that pulsates with a sense of having nothing to lose in the face of widespread rejection from the taste-makers of the day, the band performs an uncompromised version of ‘Fish Story’ which includes an odd intro and a bizarre digression that results in a one minute silence, characteristics which will later lend the track considerable cult appeal. As with The Shikisoku Generation, proceedings are helped immeasurably by the fact that the music is actually very cool indeed.

Fish Story is a film of immense charm, a clever comedy that taps into the music sub-culture of Japan with warm nostalgia and wry insight, while scrambling narrative chronology in such a manner that the audience is playfully teased without entirely losing the plot.