The behind the scenes activities of a fish shop may not sound like suitable subject matter for a shocking crime thriller, but the cruelly compelling Cold Fish proves otherwise by focusing on a proprietor so ruthless that he murders his competitors and disposes of their bodies in the grisliest possible manner.

The mild-mannered Shamoto (Mitsuru Fukikoshi) runs a small tropical fish emporium with his place of business also serving as the family home. His younger second wife Taeko (Megumi Kagurazaka) struggles to get along with her teenage step-daughter Mitsuko (Hikari Kajiwawa), while the lack of mealtime conversation over bowls of microwave food suggests barely-suppressed familial tensions. One evening, Mitsuko is caught shoplifting at a supermarket and the manager threatens to call the police, but it dissuaded from doing so by Murata (Denden), a fellow fish shop owner who helps to settle the matter. Murata swiftly ensures that he has each member of Shamoto’s household unable to say ‘no’ to whatever he requests; Shamoto is roped into Murata’s quick-money scheme to sell cheap fish for high prices, while Taeko performs sexual services and Mitsuko not only begins working for Murata, but goes to live in the shop ‘dormitory’ with the rest of Murata’s mostly underage staff. Shamoto adjusts to the arrangement, but finds himself in over his head when it becomes apparent that Murata and his wife are serial murderers who have no qualms about killing anyone who threatens the prosperity of their business. 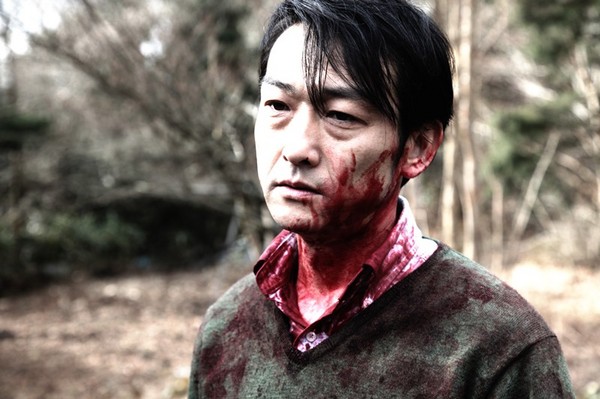 The output of director Sion Sono has ranged from the genre exercise of Exte: Hair Extensions (2007) to the gonzo satire of Love Exposure (2008), with such unusual, and often unwieldy, films as Suicide Club (2002) and Noriko’s Dinner Table (2005) existing somewhere in-between. Cold Fish belongs in the third category, as it loosely occupies thriller territory, but also provides Sono with another opportunity to explore the extreme emotions that lurk below the buttoned-down surface of Japanese society. Such repression here results in domestic destruction when a stranger enters the familial equation, with Murata recalling the title character of Takeshi Miike’s explicit social critique Visitor Q (2001). However, the basis for the screenplay by Sono and Yoshiki Takahashi was a 1993 case against a dog breeder and his ex-wife – described in detail by former crime reporter Jake Adelstein in his Tokyo Vice: An American Reporter on the Police Beat in Japan (2009) – that involved the murder and dismemberment of four people, including one of the breeder’s clients. By focussing on the forced bond between the murderer and his appalled accomplice, Cold Fish shows that, while truth may be stranger than fiction, a hybrid of the two is even stranger when placed under Sono’s hyper stylized direction.

Although events move at a fair pace, Sono is so determined to show Shamoto’s downward spiral – and the extent of Murata’s extremity – that Cold Fish does not quite know when to quit, serving up increasingly extreme scenes of sex and violence that reach a peak of unpleasantness with an outburst of domestic abuse. While a more conventional crime thriller would have settled for a satisfying wrap-up, the ever-subversive Sono has no interest in delivering a commercial package and Cold Fish is consistent in its warped worldview. Sono briefly suggests that Shamoto might repair his ruptured family unit, or even emerge as an everyman hero despite his nervous disposition, but ultimately has the courage of his cynical convictions and keeps the murderous mayhem within the context of the Japanese family unit in crisis, although whether or not the director is celebrating or criticizing Shamoto’s final reel embrace of his repressed rage is worryingly unclear. In the tradition of the most notorious crime stories, there are no entirely innocent parties here, with the protagonists being a bunch of self-centered people, struggling with fundamental failings, who succumb to their base natures in situations of duress. Although some will argue that the gallows humor goes too far, Cold Fish is a gripping ride that plunges the audience into the alpha-male abyss.