Chinese Box opens as Hong Kong is due to be handed back to the People’s Republic of China after 150 years of British control. However, the film’s central protagonist, British journalist John Spencer (Jeremy Irons) has other matters on his mind, though the political transition is undoubtedly occurring in tandem with his romantic longing: ‘Sometimes you just fall in love with a place, without really knowing why, without ever really fully understanding it, the way I fell in love with Vivian. How is it that I want so badly the woman I can’t have?’ John has been based in Hong Kong for some years, and is stalling his employer with regards to returning home. Although he is the author of the business text How to Make Money in Asia, John is less captivated by the fluctuating fortunes of the stock market than he is with the seemingly unobtainable Vivian (Gong Li), a prostitute-turned-socialite whom he met while on assignment in Beijing, but is now involved with image-conscious businessman Chang (Michael Hui). His romantic frustration is further intensified when he learns that he only has three months left to live: John is mixing in ex-pat circles when the signs of illness emerge, as he stumbles and breaks his drink glass, subsequently being diagnosed with a form of leukaemia that has already spread to the brain. ‘I wonder if I can hold out longer than the British’, he muses, but acknowledges that he is not an empire and that his time is limited. 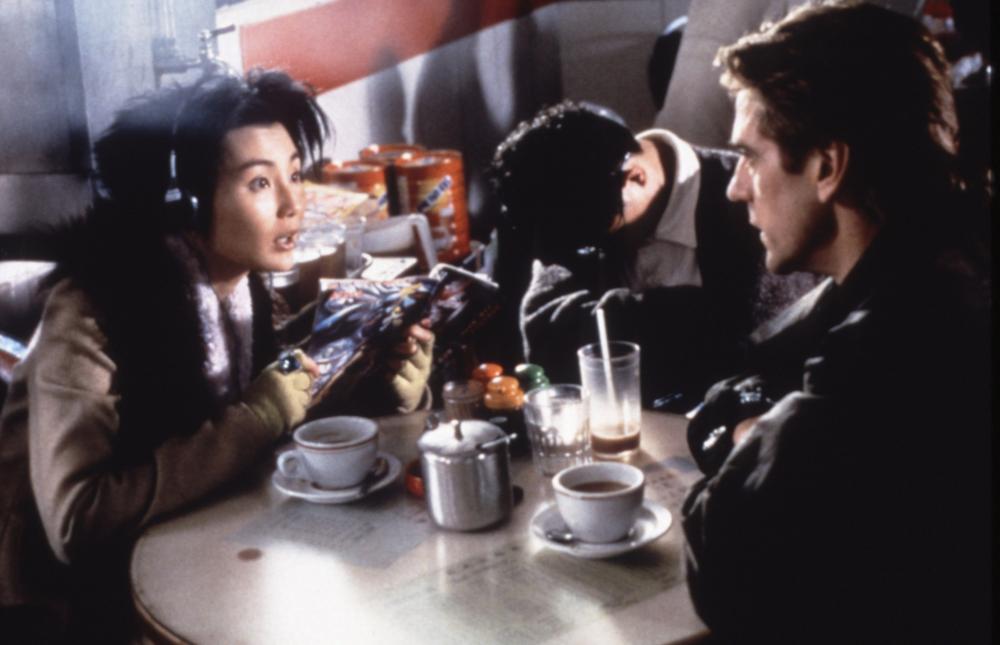 Wayne Wang is a versatile Asian-American filmmaker who parlayed the critical success of his grant-financed Chinatown noir Chan Is Missing (1982) into a varied career that has alternated between impersonal studio assignments and more creatively invigorating projects. Chinese Box falls into the latter camp, with its ruminations on ideology and interracial romance. Paul Theroux receives a story credit, and the film shares themes with his 1997 novel Kowloon Tong, but aspects of a short story by Rachel Ingalls were also utilised, while Wang encouraged improvisation from his cast. The director records the uncertainty of Hong Kong in the handover period with his constantly roving camera, and it is this integration of street-level video elements, gathered by John on his random research strolls around the socially transformative metropolis, that lead to the introduction of the film’s most fascinating character, Jean (Maggie Cheung). A disfigured hustler who sells her unreliable stories of personal hardship to the journalist, Jean comes to represent the Hong Kong that John is desperately trying to understand in his final days, perhaps more so than Vivian, who has relocated from the mainland seeking better economic standing. Jean supplies John with a series of confessions that are a combination of half-truths and unfulfilled teenage fantasies, making him question what he really knows about the city: ‘I used to write about Hong Kong’s future as if it had a definite direction and predicable outcome, but everything in this city has always been changing. Maybe I wasn’t meant to figure you out.’ 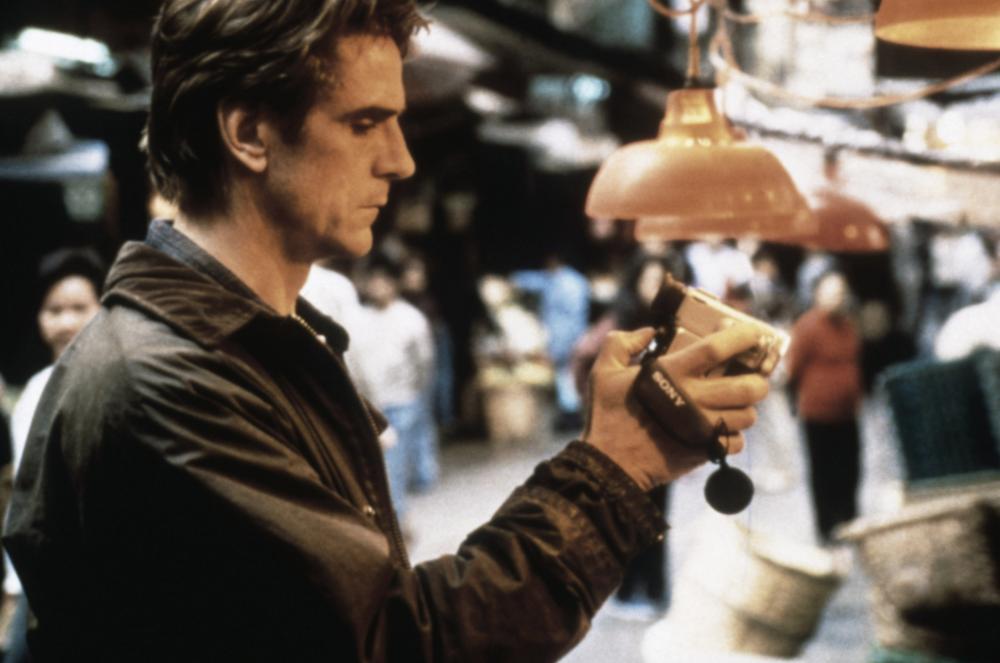 The director’s unconventional approach makes considerable demands of the main players. Irons excels as the intellectual whose reserved manner represents the imperialist past, while Gong’s performance suffers a little from having to learn her lines phonetically, yet conveys the social pressures of Chinese ‘face’ culture in moments of isolation. Vivian’s disreputable past means that the sacrifices she has made for Chang by keeping after-hours company with people of influence in order to fill his contacts book have been in vain as her partner will provide her with a bar business but not offer his hand in marriage. Cheung is the stand-out, embracing her character’s live-for-the-moment ethos, thereby encapsulating the spirit of the Hong Kong that exists beyond the dealings of the international trading floor. Jean may exist just above the poverty line, but is more likely to survive any problems associated with the handover because she shrugs-off misfortune with sarcastic humour, and is not tied to any economic model or political ideology. If there is a nagging sense that Jean’s story is more interesting than the stalled love affair between John and Vivian, then that may be Wang’s point, as the background elements of Chinese Box capture the vitality of a city which will still be reinventing itself when the ill-fated romantic infatuations of such self-absorbed transients have moved on. Also working within time restraints, Wang struggles as much as the dying journalist to make sense of everything, but has nonetheless crafted a fascinating film about the end of colonial rule.